Family Heel has been running the Hotel-Restaurant Waldhorn for more than 100 years. Four generations live today in the Hotel and for host Hans Heel is clear: "The key to success is the family."

The history of the former farmhouse goes back over 300 years. Things get really exciting in the summer of 1900, when master builder Josef Oswald bought the estate and expanded it into a tourist business. The beer garden was then 20 minutes away from Kempten and belonged to the parish of St. Lawrence, says senior partner Centa Heel. Seven innkeepers tried their hand at the Waldhorn between 1900 and 1911, recalls the sprightly 88-year-old. Then Mathias Heel took over the property and started the success story. On Easter Monday 1911 Heel and his wife invited the “worthy neighborhood, business friends and patrons of city and country” to the opening with musical entertainment.

At the time the host couple lived in a modest room on the ground floor. This is our office today, explains the senior chef over a piece of cake from the in-house pastry shop. As a special feature, a summer beer hall was build in the garden. The beer garden has always been a popular meeting place. Many inhabitants from Kempten made a leisurely walk from the city to the so-called Holy Trinity on the weekend, which owes its name to the chapel. Some also came by train, which operated from 1909 between Kempten and Isny.

At that time belonged to the neighborhood Steufzger school, which was in the twenties just too small. In 1929, innkeeper Heel built his beer hall into a school room who is need for the 26 pupils in the 1st and 2nd grade. They learned there to read and calculate. After the Second World War the Waldhorn had to record a number of expellees. In 1948 Mathias Heel handed over the business to his son Hans (1913-1990). We married in the blissful month of May 1948, says Centa Heel today.

Since then, Meckatzer beer has been served in the Waldhorn. My husband was in the Afrika Corps in the Second World War and was taken prisoner in America. In Texas he met Georg Weiss from Meckatz and the friendship resulted in a handshake beer supply contract.

With much energy the second generation expanded the Waldhorn. The house benefited from the desire to travel of the Germans and so in1952 the first guest rooms. We had a fountain in front of the house. In 1959 garages were built for the long-distance travelers. From the modest pension formed Hans Heel senior between 1966 and 1971 a hotel business.

In 1954 a new ballroom was built. Every Saturday from 6.30 pm onwards a dance chapel played, recalls the senior boss. In winter the ladies had come with boots and had dressed in the basement the stiletto shoes. The house balls with the band Napoli would have celebrated up to 150 guests and danced on the tables. At that time many couples met each other. And today they are celebrating their Golden Wedding with us.

In 1980 Hans and Franziska Heel joined the company as the third generation. In 1983 the existing hall was demolished, and a new larger modern hall and the entire restaurant area and toilet were rebuilt. (Barrier free and with wheelchair access toilet). At the same time all hotel rooms with wet rooms (toilet and shower), television and elevator were brought to the latest standard.

In 1993 the Waldhorn received a flag from the regulars which was solemnly consecrated in the Trinity Chapel and moved into the Waldhorn with a grand party.
In 1994 the Waldhorn had already 50 rooms. A new kitchen, the winter garden, the confectionery and a wellness area with various saunas existed in the Waldhorn from 1999 onwards.
In 2003 the fourth generation came into the Waldhorn: Michael and Renate Heel take care of the kitchen and hotel, Marianne Bunke-Heel around the confectionery. Together the family takes care after the three girls and two boys of the fifth generation.
A 4 star guest house was built in 2005. In time for the 100th anniversary of the Waldhorn, the main house was completely renovated.
In 2015 has opened "Heels Michlhof" close to the hotel. Search an exceptional place, exclusively for you, in a quiet location in the countryside, yet central, then come to the Michlhof. Outside traditional farmhouse, inside unique rooms for your individual events.

The principle will continue to apply to the family in the future – There is always a Heel at the entrance! 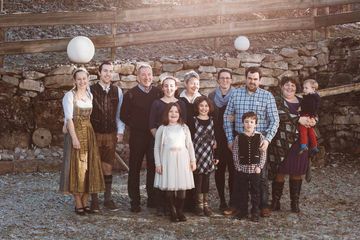 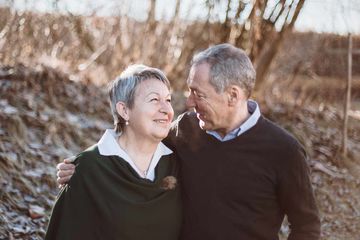 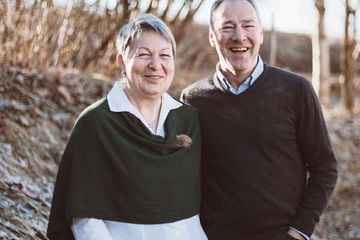 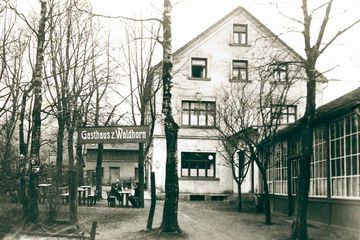 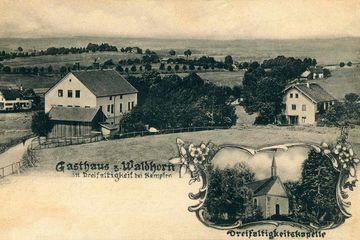 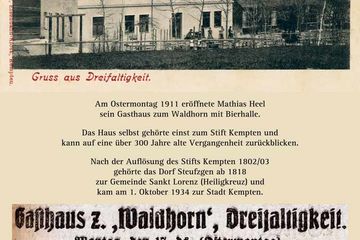 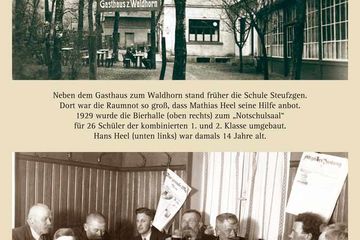 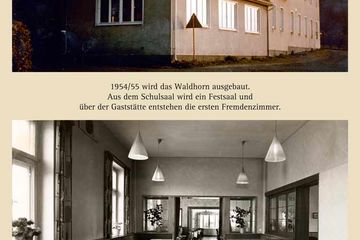 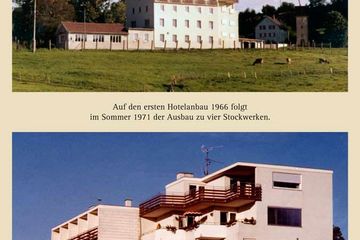 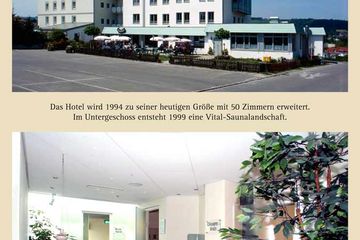